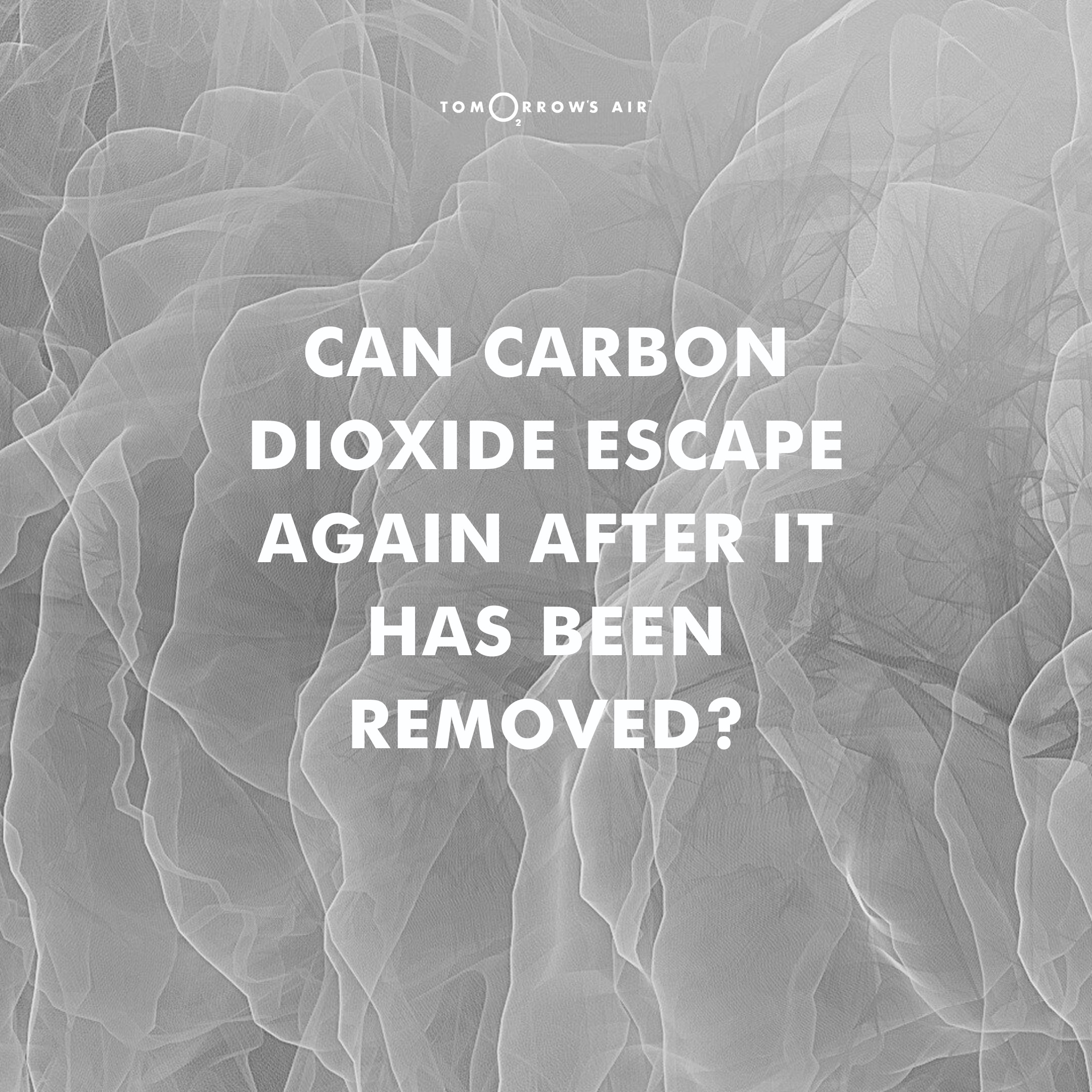 Can Carbon Dioxide Escape Again After It Has Been Removed?

The topic of carbon dioxide storage is easy to overlook.

Recently the World Economic Forum published a report, "Net-Zero to Net Negative: A Guide for Leaders on Carbon Removal" that delved deeply into the subject of where to put carbon once we've removed it. The paper includes an Annex summarizing the status of eight groups of carbon removal techniques including a category for 'risk of physical reversal.'

The gist of the report is that if we rely too heavily on short-term carbon storage options, we face the possibility of sudden or gradual reversal of stored carbon back into the atmosphere - constituting a new source of emissions. The reality is that, due to a combination of direct pressure on forests and the exacerbating influence of human-caused warming (e.g. wildfires, peatland fires, heat intolerance, pests, disease, hurricanes) our biosphere is an increasingly risky place to store carbon.

As climate-conscious travelers we are frequently encouraged to support climate related conservation and environmental projects; this post summarizes the carbon storage capacity associated with key carbon removal approaches and their risk of being reversed.

Store Carbon Dioxide in Plants and Soil: Risk of Reversal Medium to High

As we discussed in a previous post, "8 Main Ways to Clean Up Carbon Dioxide from Our Air", soil, forests and coastal areas clean up carbon dioxide by photosynthesis. Organisms such as soil, tress, and coastal ecosystems - think such as mangroves, seagrasses and tidal marshes -  absorb carbon dioxide from the air. The carbon dioxide is stored in the same place it was collected.

The carbon dioxide storage offered by forests, soils and coastal ecosystems however risks being reversed by physical conditions such as forest fire, disease in the plants, or something as simple as change of ownership of agricultural land. Biochar, which is created from plant biomass, can store carbon dioxide for thousands of years.

Store Carbon Dioxide in the Ocean: Risk of Reversal Low to Medium

The ocean holds about 50 times more carbon than the atmosphere. Carbon dioxide in the ocean’s surface waters can be exchanged quickly back into the air, but may be stored for centuries at the deepest ocean depths. Research into the potential for storing carbon dioxide in the ocean is still new, however researchers say there is "strong potential for ultra-long duration carbon storage in ocean sediments or deep ocean water, which is isolated from the surface carbon cycle by thousands of years."

Whether deep underground or under our feet, rocks store carbon dioxide for thousands of years.

It will be necessary for us to expand the use of carbon removal methods that offer permanent storage from less than one percent in 2020 to approximately ten percent by 2030,~50 percent by 2040 and 100 percent or greater by 2050.

As individual travelers or climate leaders in travel companies, our participation in Tomorrow's Air  can influence and help spur the growth of carbon removal that includes permanent storage.