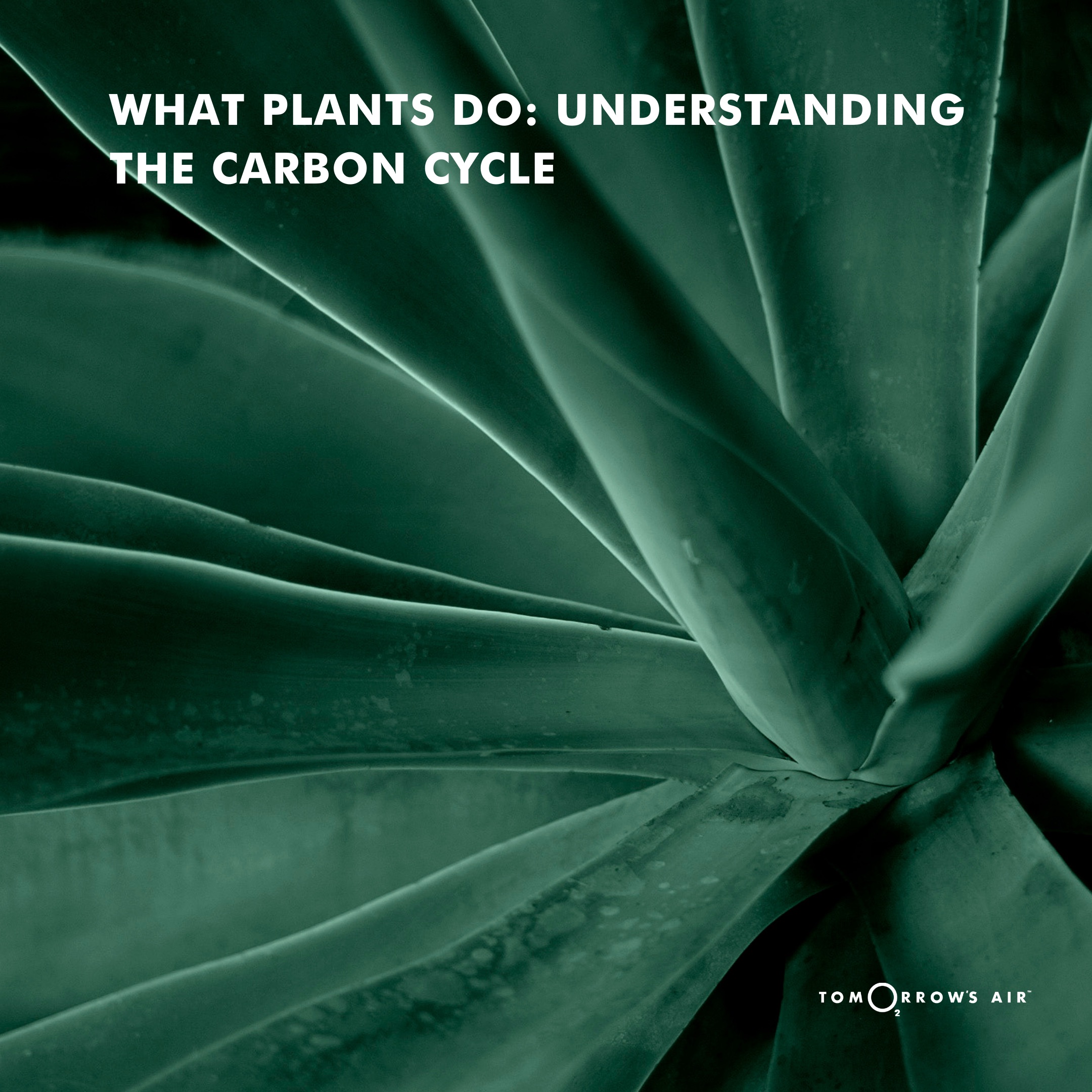 VIDEO: What Plants Do

At the start of this video Eli explains that as a molecule, carbon dioxide is stable, and does not split easily - that it requires energy to accomplish this. As he explains, plants take carbon dioxide and split off the oxygen and other carbon-based compounds such as glucose, to help them grow - as Eli puts it, “to build their bodies.” In this process of course their leaves and needles are storing carbon dioxide and they also release excess oxygen produced, which helps us all breathe.

Now in 2021  the situation is such that we cannot rely on the absorptive properties of plants and other natural carbon sinks to process all our carbon dioxide emissions. In Eli’s succinct framing, “we need to take more carbon dioxide out of the atmosphere and put it someplace, dispose of it, and stop adding to the pool.” This is what carbon removal technologies can help us accomplish - as with direct air capture, where carbon collectors draw carbon dioxide out of the atmosphere and the inject it deep underground into basaltic rock formations.

Eli’s answer to the question helps us understand how a combination of natural processes and technological solutions can work together to restore our climate; it also opens the door to another innovative realm of climate tech, which is known as ‘artificial photosynthesis.’

Recognizing that many manufacturing businesses are seeking ways to reduce their reliance on petrochemicals to produce their products, a company called Twelve is commercializing ‘artificial photosynthesis’. Their  process can deliver carbon suitable for creating common manufacturing chemicals without using crude oil, gas or coal. ⁠

Twelve’s process replicates the process plants use to make carbon; the resulting carbon can then be transformed into molecules such as ethylene, a key component of plastic, polyester, rubber and foam used in everyday products like sneakers, yoga mats, and clothing. Ethylene is even in laundry detergent and airplane wing antifreeze. ⁠

With so many carbon based materials in use in our daily lives, finding alternatives to the fossil carbon we use to manufacture them is an important step in helping to restore our climate. ⁠

Learn more about splitting carbon dioxide molecules here from Scientific American and about Twelve in this article from Fast Company.